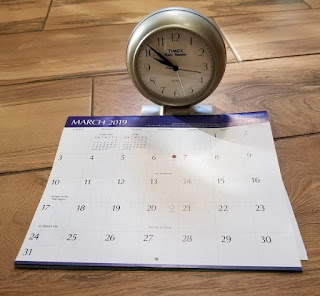 As I was getting ready to pray for Waterford this morning, the only direction I had at first was that I kept hearing the word "Yet." Earlier this week I read to a group of fourth graders at a local school. When I finished, one of them mentioned that the book I read reminded him of "The power of 'Yet.'" Apparently, it is a Sesame Street saying which they use to try and convey the idea that you shouldn't give up if you can't do something, but keep trying. Don't say you can't do it, but that you can't do it yet. Whether its learning to read, a new skill or whatever. There are times you may feel like you can't do something, but that doesn't mean you will never be able to.

The word 'yet' has different meanings, but when used as an adverb it speaks of time. It could be past or future. "This is the best one yet" would be relating something happening now with the past, where "I haven't done this yet" would be relating the present with the future. It's a powerful little word that makes a big difference when added.

There's a difference between preparing and practicing. When we prepare we study, learn, listen, research etc. Where when we practice we are trying it out for ourselves. We are doing what we have been taught. We are being trained. We can learn all about something but we need to try it ourselves and be trained to do it before we can go to a whole new level.

Rick Joyner mentioned recently how some people think that if you plan something ahead of time that God is not in it. The thought is that it has to be spontaneous in order for it to be of God. That is simply not true. In fact, God is a huge planner. He envisions just about everything before He does it.

You could break down our growth in the Lord to five levels.

We need to become personal in training new Christians. They need more than general teaching, but individualized training so they can take their place in the body of Christ. Of course they have to have the desire for more--to be more than just a convert. As Christians, all of us can move from being a follower to becoming a disciple--a student of the Word, one who takes up his cross and follows the Lord, and one who is being conformed to the image of Jesus. Jesus said a disciple is not above his teacher, nor a slave his master. It is enough for the disciple to become like his teacher, and the slave his master. (Luke 10:24-25). Yet there's a lot of people who settle in the teaching stage. They are content with being taught, but they are missing out by not pressing in and stepping up to the next level of bond-slave. There is so much more waiting for them.

I pray there is a stirring in the hearts of the people throughout southeast Michigan. That there is a stirring in the heart of God's people. That they want more than being just a follower, or even a disciple of Jesus, but that they want to become a bond-slave. That they are willing to do whatever the Lord wants them to with their time, money, resources, space, etc. That they dedicate it all to the Lord, so they can truly say, "All that I have is Yours. I want to put Your will above my will, build Your kingdom instead of my kingdom."

This bond-servant relationship is not a forced relationship. A bond-slave is a person who has willingly chosen to be God's servant. God doesn't force anyone. If you want to remain where you are you can. But you can get closer to Him if you want. God I pray that by Your Holy Spirit and the angelic host of heaven, that You release into Waterford, Oakland County, and southeastern Michigan this desire and stirring to do more than just be a follower of You, more than a disciple, a student of the Word as important as that is. But release a desire to press in and become Your bond-slave and servant. We want all that I have to be Yours. To put Your will first. We want a closer relationship with You!

Father God we pray for hearts of unbelievers to turn to You, but also for those who are already born-again and follow You, we pray You bring them to the next level of discipleship. That they develop a hunger for the Word of God, to study it and pour themselves into it. Let a love for the Bible be released into southeastern Michigan right now. Let there be a love for the Word of God released now in Jesus' Name. Also let there be a passion and desire for people to lay down their plan for Yours. To plan after the Spirit of God and not their own thoughts. Let them know there is more beyond.

We make a decision to be followers of You, disciples of You, bond-slaves of You at all costs. We will put Your will above ours. We will build Your kingdom before ours. We will give our time, space and money to You. Completely. 100%. Sold out, dedicated to You. Any fear that would come against this we rebuke in Jesus' Name. Those who are afraid to completely surrender to You. To take up their cross and follow You, we rebuke that fear in Jesus' Name. Get out of Michigan! We don't accept it here. For those who are listening to the lies of the enemy telling them they don't need to become radical for Jesus, we bind those lies in Jesus' Name. You shall no longer deceive God's people in this region. We silence those lies in Jesus' Name. The lies, deception, fear, no more. No more shall they prevail in God's people in Michigan any longer.

Father, by Your Spirit release the wind of Your Spirit to stir up the hearts of Your people. By Your angelic host of heaven bring Your presence and a hunger and desire for Your Word and desire to completely sell out. Give Your people thoughts and glimpses of what is to come. What can happen. All this week I have been getting glimpses, feelings, that something good is on the horizon. Something good is getting ready to happen---a joy and excitement is here. I think there is a darkness that is being lifted and a light coming to the area.

This darkness that has been covering this region be lifted in Jesus' Name. Let a new dawn dawn in Jesus' name. Let there be a new day dawning throughout Michigan. Lord, let Your light shine. Let there be an illumination that "Yet is Now." What has not happened yet, happens now so the timing You have for things come into alignment. I repent on behalf of Your church for getting out of Your timing and alignment. Have mercy Lord and forgive us and work things out like You do so we come into proper alignment and timing for our lives and this region.

Bring the people here who have been out of state that need to come back, and those who have been here who need to go elsewhere, move them on. Bring us into alignment that we are in the proper place at proper time. Our timing is right, our location is right, and our provision & finances are right. Proper job adjustments happen. Time, space, money. Timing, location, and provision. Bring them all into proper alignment so we can truly live in the land of our anointing and prosper in it. So we build Your kingdom not ours. We surrender to You Lord. We wave the white flag of surrender to build Your kingdom, not ours.

Father we take a minute to listen to You. We slow down and listen to You. We move out of the trap of busyness, hurriedness and rushing. We won't get sidetracked on things that use up our time and fill up our mind so we can't listen. If we're going to bring the yet here now we need to know how to listen to You and how You speak to us. We are Your sheep. We hear and follow You. We need to know that first before we can follow You, or serve You. We determine to slow down and get quiet before You, fall in love with Your written and spoken word, and act on it. It's not hard, but the enemy fights us. Sometimes our flesh does too.

Thank You Father for being so patient with us. For being good. We want to be like You Jesus, conformed to Your image.

The Lord also spoke with me this morning about Sodom and Gomorrah. He pointed out to me how the angels listened to what Lot said. When they first came into the city, they saw Lot and he asked them to come stay at his house for the night. They said no, that they were staying in the square, but he persisted and they changed their mind and went to his house. Then when they were getting ready to destroy the city, they told Lot to go to the mountains. He asked if he could go to the little city that was there and they said yes. They said they granted his request and would not overthrow the little town. (Genesis 19). They listened to him.

Angels are on a mission from the Lord, but they can change some of the details within the confines of what the Lord has told them. They will respond to what we say and do what we ask if they can. We often have more freedom in this than what we realize. This is an area of prayer we need to be more aware of. We need to teach people and train them in this area. Prayer is not a religious duty, but a relationship, a conversation with the Lord where we discuss matters with Him.

The Lord told me eight years ago to begin Pray for Waterford Michigan and to pray for whatever I wanted. There was a lot I was praying for--schools, churches, families, businesses, government. But then I realized after a while that I wanted to pray for what was on His heart for this community. We need to know His heart and He needs to know ours. There is a basic plan--His will--but then we have a certain amount of freedom within that. We are partnering with Him. He is not a distant God, but He is our Father whom we can converse with, sharing thoughts on how to build His kingdom and stopping the evil. Father teach us how to partner with You, pray with You, and show us the guidelines of Your will for this community. We want to partner with You and use the freedom You've given us properly. Show us how to do it right Lord!

Posted by RoseMurdock at 6:53 AM