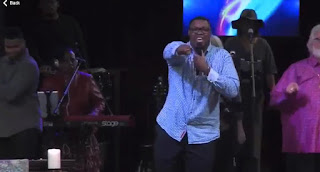 Posted by RoseMurdock at 5:13 AM 0 comments

I had the sense that there were voids in the township. These voids having been created as a result of things leaving, both good and bad.

Geneses 1:1
In the beginning there was a void. The earth was formless and void, and darkness was upon it.
The solution came when the Spirit of God moved over the waters, and God spoke for light to be. Creation followed. This reveals a pattern of what to do when there is a void.

Lord, fill the voids! Move over the township by Your Spirit. Let there be light! Let there be energy, life and power from Your Spirit and fill Waterford. Let your life-giving light that illuminates your purposes be revealed. Let us see Your vision. Let Your vision be our vision. We align our hearts with Yours. Let revelation come to the business owners, to the township board and officials. Let the churches align with Your purposes as well.

Let the commercial property voids be filled with godly people of integrity who will work and align with Your vision and purpose for this area. Let the light come, fill the voids, and Your garden be created.

Matthew 12:43-
When an evil spirit is cast out, it wanders around and then returns to where it was cast out of. If the place has not been filled, he goes and gets seven more evil spirits and returns with them. If there is a void that's been created from evil being cast out, it must be filled with good--with God--or it will end up worse than it was.

Lord, let Your presence fill the voids. The religious spirits, the evil spirits that have gone, we pray the voids left as a result of their departure are filled with Your Spirit.

The vacant areas of the township may be a sign of the spiritual void going on. We pray over these properties, and say--Let there be light! be filled with life! Be filled with the presence of the Almighty!

Lord, forgive us for our part in creating these voids. We plead the blood of Jesus over these vacant, void places, whatever the reason for their creation. Let there be light, revelation, the movement of Your Spirit over them. Let them be filled with Your Spirit, and the life, presence, joy and prosperity of the Lord. Let the people who carry Your presence move into the township--residents or business people. Let them occupy the land.

Let the businesses, the families, the churches, and the government of Waterford be filled with Your light! 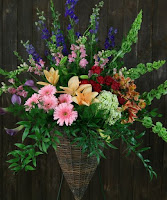 Posted by RoseMurdock at 2:20 PM 0 comments