The Wheat and the Tares 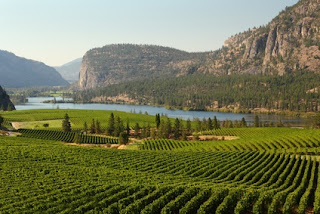 In the parable of the Tares and the Wheat, Jesus explained that He sows good wheat seed into the world while the enemy sows tares. He says that the good seed are the sons of the kingdom, and the tares are the sons of the evil one. It's commonly accepted that these tares of the Bible are darnel seed or Lolium temulentum. These tares look a lot like wheat but the difference is clear once the ear appears.

In the parable, when the slaves of the landowner ask if they should take out the tares from among the wheat once they were discovered, He says no, because they might uproot the wheat if they do. He says to let them both grow together until the harvest (the end of the age) and then each one will be dealt with properly--the tares into the furnace to be burned and the righteous will shine in the kingdom of their Father. (Matthew 13:24-30, 36-43).

It's all about the seed. It's not about appearances. A seed will produce the fruit of whatever kind of seed it is. If you are an apple seed you don't become an orange tree just by being planted in the middle of them or trying to act like one. Even though the tares are planted among the wheat, and may even look like them for a time, the evidence of what kind of seed it is will be clear once the fruit starts to appear.

There is an enemy of the Lord who has infiltrated the earth producing "evil sons." Knowingly or unknowingly, they will try and uproot what God is doing--the kingdom He is building. People may be truly sincere, not realizing what kind of seed they are, but the fruit of their lives will identify that. Jesus said you will know them by their fruit (Matthew 7:20).

Thank God that in the realm of the spirit, a seed can be changed from evil to good. Jesus said the good seed are the sons of the kingdom. A person becomes a son of the kingdom by believing in Jesus. And the sons of God will follow the Spirit of God (John 1:12, Romans 8:14-17). The seed can be converted, but only through faith in Jesus Christ--the One who died for our sins, paying the debt our sin caused which we could never pay. If you believe in Him, you are a son (or daughter) of the kingdom, but be aware of the enemy that is out there trying to choke out or uproot what your heavenly Father wants to do in your life, your family, your church, and your community.

Father God, I pray for sons of the kingdom to be planted throughout Waterford and the surrounding region--throughout Michigan. I pray they are planted in place--the places You've called them to be, and that they are protected from the plans of the enemy to choke out or uproot what You are doing in their lives. I pray for these sons to have discernment, and to be watchful, so they properly tend to the field You've called them to. For them to watch and pray to prevent evil seeds from being planted. For them to recognize good from evil, and for them to preach Your Word so hearts can be changed and converted to good seed. Send Your heavenly host--Your angelic, ministering spirits to give aid and assistance to these sons of the kingdom, so Your kingdom comes, Your will is done throughout Waterford and Michigan.


Posted by RoseMurdock at 3:09 AM 0 comments