Truth Has Stumbled in the Street

As I look back at the last two posts from January 2012,  I realize that the reference made to Isaiah 59:14-19 still holds true today.

14: Justice is turned back, and righteousness stands far away; for truth has stumbled in the street, and uprightness cannot enter.
15: Yes, truth is lacking; and he who turns aside from evil makes himself a prey. Now the Lord saw, and it was displeasing in His sight that there was no justice.
16: And He saw that there was no man, and was astonished that there was no one to intercede; then His own arm brought salvation to Him, and His righteousness upheld Him.


When truth stumbles "in the street" or you could say, when a society accepts sin, then those who turn away from evil become a target. Those standing for God's way of righteousness are looked upon as wrong, and some would go so far as to say they need to be changed, shunned, prosecuted or even killed. The Lord sees this. Jesus came to die, not only for the sins of mankind, but even for the failures of those who desire to please the Lord. Even our failure to pray as we ought to and live as we should. He became the great Intercessor, not only through His righteous, holy life (and death), but also through His prayers, which the Father hears because of His righteousness. Through faith in Jesus Christ, we become righteous like Him, and we too can pray and intercede for our land.

17: He put on righteousness like a breastplate, and a helmet of salvation on His head; and He put on garments of vengeance for clothing and wrapped Himself with zeal as a mantle.
18: According to their deeds, so He will repay, wrath to His adversaries, recompense to His enemies; to the coastlands He will make recompense.
19: So they will fear the name of the Lord from the west and His glory from the rising of the sun, For He will come like a rushing stream which the wind of the Lord drives.
20: "A Redeemer will come to Zion, and to those who turn from transgression in Jacob," declares the Lord.


The Lord comes with salvation, but also with vengeance for His adversaries. He will repay "the coastlands," "the west" will fear the name of the Lord. It's time to pray and intercede, so truth and justice return to our streets. Pray so people fear the name of the Lord, turning away from evil and to the Lord for salvation. Isaiah goes on to say a couple of verses later:

"Arise, shine; for your light has come, and the glory of the Lord has risen upon you. For behold, darkness will cover the earth and deep darkness the peoples; but the Lord will rise upon you and His glory will appear upon you." Isaiah 60:1-2

Posted by RoseMurdock at 4:49 AM 0 comments

Lord, raise up the elders in the gates and courts of the cities. The watchmen on the wall, the keeper of the keys, the wise men who deliver the cities with wisdom. Raise up the humble who don't care if they are remembered by men, but only wish to be remembered and noticed by You. Raise up those who will deliver our cities and communities by Your wisdom and anointing.


"There was a small city with few men in it
and a great king came to it, surrounded it and
constructed large siegeworks against it.
But there was found in it a poor wise man
and he delivered the city by his wisdom.
Yet no one remembered that poor man."
Ecclesiastes 9:14-15

The elders who sit in the gates and the courts, hold the keys to the city. They guard and protect the community. Raise up the elder anointing, those who are the doorways into the community. Those who decide what is allowed in or out. Anoint them with Your wisdom O God. Let them identify the threats and turn them away. Yet let them recognize when You are bringing a fresh and new thing, and not resist a new work from You just because it is unfamiliar. Let them teach the children, but not stifle their creativity or gifts of the new and the young.

"So I said, "Wisdom is better than strength."
But the wisdom of the poor man is despised
and his words are not heeded.
The words of the wise heard in quietness
are better than the shouting of a ruler among fools."
Ecclesiastes 9:16-17

Increase the strength of the voices of those who speak for You. Those who speak Your truth, Your wisdom and who teach Your ways. Let those of us who have thought that we have it right and its all the others who are bringing down our country, our community, our educational system and our churches, let us repent for our own pride and humble ourselves before You. It's not them, it's us!


"Wisdom is better than weapons of war, but one sinner destroys much good."
Ecclesiastes 9:18

We pray for true conversion of the hearts of the people, the families, the churches, the watchmen, the elders and the wise. Let the eyes of the religious be opened to see the wickedness of their own heart, may true repentance follow, and a humble surrender to learn Your ways to a new depth O God. 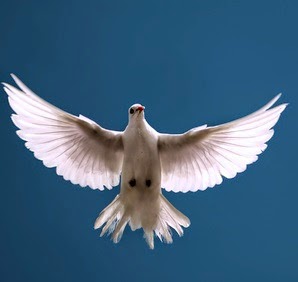 
Jesus left us with His peace. This is not peace like the world gives. The kind of peace He has given is peace that calms the troubled heart and melts away fear. The quiet, calm, still, presence of the Lord is actually quite powerful. The peace of God is not something weak or fragile. There is great strength in His peace. There is rest in the presence of the Lord--rest for our spirit, soul and body. Rest brings strength. Selah...Pause and think calmly about that.

Father God, I pray for Your people to receive an understanding of Your peace--the peace which surpasses all comprehension. I pray that Your peace guard their hearts and minds--their thoughts and intentions. Draw Your people into Your presence, into Your place of peace and rest. Let Your peace sanctify us and preserve us, completing us, making us blameless before You at the coming of the Lord Jesus. May we be the salt of the earth--preserving. And the light of the world--revealing.

Prayer for The Parental Anointing

This year, in 2015, I'm continuing to "re-pray" the posts from three years ago. In the Spring of 2014 the Lord instructed me to go back to the prayers I posted on this site when it began in 2011, and seek Him once again concerning those things. I'm going after His heart in worship and prayer to release with authority His kingdom, His will, into the township and the surrounding region. Along the way He gave me the Ten Year Tenure article and I would love to see an army of prayer and worship warriors rise up to take the land for the Lord!


In reading the post from January 1, 2012 I say Amen and Amen! Read it by clicking here. It seems that the consequences of political correctness have snowballed in the last three years. Certain things happen when the church fears people more than God. When those who call themselves God's people desire to please people more than the King of kings, the world becomes warped. Our families, cities and nation becomes warped. We have a responsibility to teach our children the ways of the Lord as the Lord said about Abraham, "For I have chosen him, so that he may command his children and his household after him to keep the way of the Lord by doing righteousness and justice, so that the Lord may bring upon Abraham what He has spoken about him." We raise our children in the ways of the Lord, and the atmosphere of the Holy Spirit, so they can grow up in Christ and fulfill their kingdom destiny--what God has spoken about them.


Father God, I pray for the parents and grandparents of this township. I pray for a parental anointing to be released in them so they understand how they can impart the ways of Your Spirit to their children. I pray they see their children through Your eyes. That they love them like You love them. Let them see the treasures within them and recognize the beauty of each one of their children and grandchildren individually. Families be restored--hearts of the father return to the children and the children to the fathers. Pour out Your Spirit upon all flesh--young and old alike!