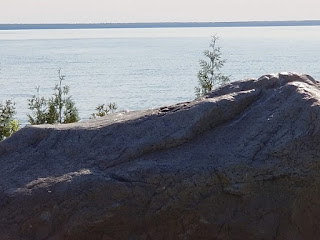 Truth is spiritual. It consists of realities and laws. These laws are things that apply consistently. If truth were not consistent, it wouldn't be truth. However, truths are consistent because there is power that exists to carry them out. This power guides them and manages them. This power oversees them. Because of this, truth requires an intelligent, thinking, personality, with a will, who will consistently define, manage, and guide it. This intelligent being is the One by whom truth is defined. He is truth.

Truth cannot exist apart from this Personality who has the power to define it. We call Him God. He expresses His truths in thoughts and words. An untruthful being can say things, but has no power to make them a reality. He can only deceive and try and get people to act on his words as if they were true, but this deception leads only to confusion and death because truth will always prevail.

When God speaks, along with His words comes the power to back up what He says. Jesus proved the truth and power of God by becoming the Word of God made flesh, and living out on earth the reality of God's truths. He proved them to be true. He became the evidence of their truth. This evidence is proof of God's reality, and His power over all things. (Hebrews 1:1-3, Isaiah 55:11).

Take that one step further to see that God has given people the ability to speak words out of a free heart. That's why the fall of man was so devastating. A heart that is not aligned with truth will cause confusion when it speaks. But this ability to speak words from a free heart is also why redeemed man is so powerful. Men, or women, who are believers in Jesus Christ are His witnesses. A witness testifies of truth. A believer's words and life are evidence of the truth of God. This evidence will speak eternally to disprove the accusations of the enemy--who accuses God of not being true, and accuses the saints as well.

Its wonderful that we, as believers, are His witnesses, but it takes faith to see truth, to see reality, to see God's thoughts. That's why its impossible to please Him without faith. By faith we see God for who He really is. We see that He is good. He is life. He is love. He is truth. Those who come to Him must believe that He is--that He exists--AND that He is a rewarder of those who diligently seek Him. He is a rewarder. He doesn't take pleasure in punishment. He is good. (Hebrews 11:6).

So because of who He is, God's presence contains power. He entire being emits energy--power--that causes His thoughts and desires to become a reality. When He looks, thinks, and speaks, the power is magnified. We find the truth of who God the Father is when we look at Jesus. Jesus is the Word of God made flesh. He reveals who God is--His thoughts and desires. His life, truth, love, and power.

The woman with the issue of blood felt power go into her when she touched Jesus' clothes. She saw Him for who He is--the Healer--and that healing energy flowed from Him to her. Her perception of who He is brought her exactly that. When our perception of God matches the truth of who He is, then the same power is released towards us. This is faith. Additionally, this woman received healing, but when Jesus turned to look at her and she allowed Him to examine what she had done, she was told her faith had healed her and to go in peace. She received something above and beyond healing when she allowed Jesus to see her and judge her actions. (Mark 5:25-34).

The power of who God is is even more pronounced when He looks at something. When we cry out for Him to look at us, we are saying we want His gaze, His power, His truth, to see us, make a decision, and act on our behalf. We are trusting that His decision will be good. We see Him, by faith, as One who is good and whose power will bring life to us, not death. We are humbly saying we trust He will be merciful towards us, not giving us what we deserve, but releasing His favor towards us which Jesus provided for us. The blind man cried out for Jesus to have mercy on him and he was healed. He wasn't content to let Jesus walk by without looking at him, without healing him. Even David, when he knew judgement would be brought on him, chose God's judgement over mans, knowing that God would be merciful quicker than man would. (Luke 18:35-43, 1 Chronicles 21:13).

This is why Jesus said He will say to those who use the power of God but hide from Him, not allowing Him to look at them, 'Depart from Me, I never knew you." We need His gaze. We need Him to look at us, to see us, to see what we're doing and thinking, and judge our thoughts and the intents of our hearts. We also need to judge ourselves by what He has spoken, by His Word. The pure in heart will see God, and these are the ones who have allowed God to look at them first. (Matthew 7:21-23, 1 Corinthians 11:31, Matthew 5:8).

It's amazing that God chose to share His Spirit with us. He fills those who believe in Him with His Spirit of truth and power. His living Word comes to live inside of those who believe in Him. Those who call out to Him and submit to Him as Lord of their life. To these ones He entrusts the power of His Word, His thoughts, His truth. We access this by faith. (John 14:15-17, John 14:23, Romans 8, Acts 1:8).

God, who is the Author of both truth and love, has the power to do good towards all. Yet He chose to share this power with those who believe in Him. This testing of our faith is precious to Him, and more valuable to us than any amount of wealth or power the world could give us.

Father God, I pray that the people of Waterford come to know You as the author of truth and the author of love, and life, and all that is good. Even those who already know You, that they come to know You better and see You for who You really are. We want Your truth! Look at us! Let us feel the power of Your gaze. Your cleansing, forgiving, and healing power. We believe in You. We are witnesses of Your truth! I pray this reality spreads throughout this community and beyond.


Posted by RoseMurdock at 5:37 AM 0 comments